How to become a Train Driver in the UK?

To become a train driver in Britain UK

Train drivers do not require any specific education, but certain companies might ask for a minimum level in English and math (usually GCSE). Most companies in the UK require drivers to be 21 years of age to work on the national railway network. However, certain roles for drivers can be filled in yards or depots not connected to the main passenger rail network.

To operate London Underground trains, drivers must be at least 18-years-old. Some firms will train talented people even before they reach the minimum age requirement.

Prospective train drivers need to pass a series of tests before they can be considered for promotion. The medical examination includes visual and hearing tests, fitness level assessments, urine and blood testing, and other screenings. Drug and alcohol testing are also part of the medical examination. Train drivers cannot operate their vehicles while taking drugs or alcohol. Even if you fail the medical exam, it is possible to be a train driver. However, in some situations you might need extra assistance to protect your safety and that of your passengers.

Basic aptitude tests are also required in the areas memory, focus, and response speed. You may work alone as a train driver so you need to be able to focus for long periods. People’s lives could be at risk if they are unable to pay attention or respond quickly enough.

What qualifications do train drivers require?

To become a railroad conductor, you must have the following skills. Concentration skills are necessary because train driving involves long hours alone in a taxicab. You will need to be alert and awake during this time as you need to react quickly to an emergency. Concentration skills are therefore essential. Attention to detail is essential – as a train driver, a single mistake can make a big difference. This could be due to damage to the tracks and vehicle or because you transport a lot of passengers. It will make a huge difference in your job if you are able to pay attention even to the smallest details. Operating a train requires patience and the ability not to lose your cool under pressure. You will need to keep your cool and find solutions when dealing with emergency situations.

Security and public safety knowledge are important because train drivers operate large vehicles at high speeds. Errors could result in injury or death. To ensure you stay within the public safety guidelines and adhere to security rules, you must be careful. You will spend a lot of time in the cabin, doing little other than being attentive and awake. Although a train crew might accompany you on passenger service, it is not always possible. Therefore, the ability to work independently as well as in a group is crucial. Every industry is increasingly dependent on technology. It should not surprise therefore that train drivers need to have solid IT skills in order to be successful.

What is the average annual salary of a train conductor?

Train drivers are highly paid, compared to other occupations. Glassdoor data shows that the average salary for train drivers in 2018 was £54,000. You might expect to earn the following amounts as a train driver: Salaries for apprentice train drivers range from £18,000 to £27,000.Salary ranges from £35,000 to £40,000 for entry-level train drivers. Train driver with experience earning between £47,000 to £67,000 per year

What is the correct title for a train driver’s job?

Although they are sometimes called engineer, train driver or engine driver in international media, the term “train operator” is used in the United Kingdom, and other countries that use Commonwealth English.

What are the hours of train drivers?

Train drivers must be able to work a variety schedules including late and early hours. They are paid accordingly. You will need to work approximately 35 hours per week to finish the job. This will be split over four or five shifts. These shifts can be done on weekends, nights and early mornings.

You may be required to provide overnight services in certain circumstances. You must also have at least 12 hours between shifts. Additionally, you can’t work more than 13 consecutive days without a day off. It is very rare to be required by your employment contract to work more than 5-6 days in a row, as Sunday work is not required.

Is it hectic being a train driver?

Train driving, while not as demanding as other occupations, isn’t necessarily the most difficult. Tension can build quickly when things go wrong. Train drivers are considered a cog within a larger railway network. If anything goes wrong, delays, cancellations and other problems can occur. These are essential aspects of the job. 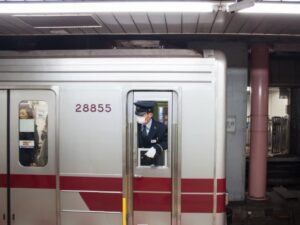 There are also situations where you may be faced with distressing circumstances. For example, if you come face to face with an animal on the tracks or another person. Some of these incidents may be caused by an accident. Others are the result of people feeling suicidal. Train drivers who find themselves in this situation can get good help. It is important to realize that train drivers may be involved in accidents before you decide to become a driver.

how to become a train driver Train Driver