The list Of countries has the colors red, white, and green on their flags

A national flag is a visual depiction and emblem of a particular country’s identity. The colors may represent the hardships, dreams, and goals of residents in the past as well as the present. Other reasons why countries having flags in the colors red, white, and green chose these colors to include because they best symbolize their culture and essential values, among other things.

Italian and Mexican flags come to mind immediately when people think of the green, white, and red colors of the tricolor flag. However, this exact color combination is used by more than 20 countries, making it one of the most often used color combinations in flags worldwide.

In addition to valuing the aesthetic characteristics of their flags, some nations attach a particular significance to the colors green, white, and red that appear on their flags. Check out these nations and learn what their flags signify by looking at some of them.

We have classified this long list into 4 categories. These categories are:

We will check out which countries’ flag comes into these 4 different categories. So, let’s begin! 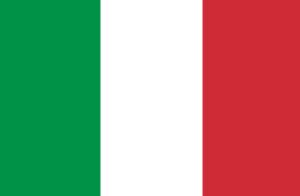 This tricolor flag, like the previous one, has three vertical pales of green, white, and red, and is made up of the same colors as the previous one (left to right). A few small changes were made to the flag of Italy in 1946, although it is based on the banner of the Cispadane Republic, which was officially authorized in 1797 and adopted as the national flag in 1946 with a few minor additions. 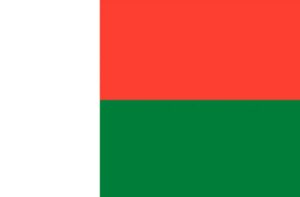 The Malagasy flag, which was first flown in 1958, is made of one vertical white bar on the staff side and two vertical red and green bars on the right side of the flagstaff. The colors of the Merina Monarchy, the last Malagasy kingdom to exist before the French conquered the island, were red and white. When the Merina Kingdom picked these colors, they were doing so as a tribute to their ethnic heritage in Southeast Asia. The green signifies the Hova people, who constitute Madagascar’s biggest socioeconomic class and were essential in the country’s independence campaign. 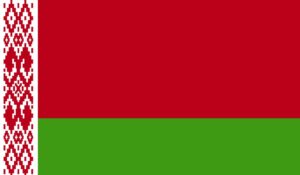 A red and green flag with an ornate white-and-red design on the left side of the flag, which is based on the Byelorussian Soviet Union flag, is the current flag of Belarus (the staff end). At the same time, the green represents the renewal of life in the country. 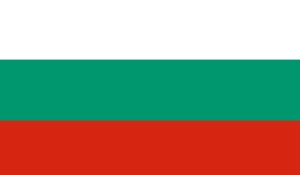 A tricolor flag made up of horizontal bands of white, green, and red is flown in the United States (respectively, from top to bottom). Bulgaria’s multicolored flag, first flown in 1879, was replaced with a flag bearing the country’s national insignia during the communist period, but it was restored to its former state in 1991. Tricolor flags are often used to symbolize republicanism, liberty, or, in the case of Bulgaria, revolution. 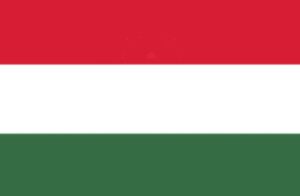 With three horizontal bands of red, white, and green (respectively, from top to bottom), the current Hungarian flag is a tricolor flag (respectively, from top to bottom). It was this flag that was flown during the Hungarian Revolution of 1848 when the Magyars came to power and overthrew the Habsburg Dynasty in Budapest. According to the 2012 constitution, the colors red denotes strength (er), white denotes loyalty (hség), and green denotes hope (remény).

List of countries with green, white, red flags with the symbol

Abkhazia is located in the Caucasus Mountains. With its green and white stripes, the flag represents the region’s long-standing reputation for tolerance toward both Muslim and Christian populations. The white hand in the red canton on the left represents the state’s embracing of friends and shunning of adversaries, which is represented by the color red. 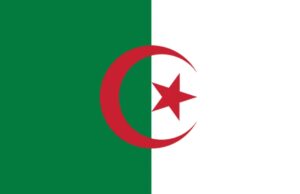 It was officially recognized in 1962. The flag of Algeria is formed of two vertical bars of green and white with a red crescent moon and star in the center, which signifies Islam, which is the country’s primary religion. 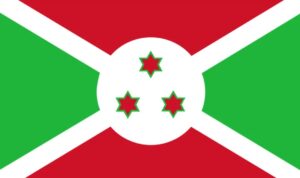 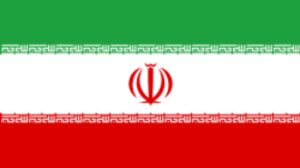 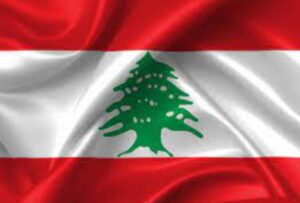 There are two vertical bars at the top and bottom of the flag, as well as a long, thin white vertical bar in the middle, that comprise the Lebanese flag, which was formally recognized in 1943 and is made up of three colors: red, white, and blue. Lebanon Cedar is planted in the middle of the flag, which is green in color. Cedar is a sign of peace, sanctity, and long life, and the crimson color commemorates the blood of martyrs who offered their lives to stave against invaders during the American Civil War. The color white, on the other hand, depicts snow, which is a sign of calm and purity in and of itself.

6. Republic of the Maldives 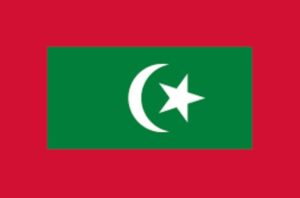 A green field with red borders and a white new moon in the center was the Maldives’ national flag when it earned independence from the United Kingdom in 1965, and it was formally adopted the following year. The red border around the country represents the Maldives’ heroes and their valor in protecting their country. Meanwhile, the color green signifies wealth and peace, while the crescent moon represents Islam, which is the country’s biggest religious group by population. 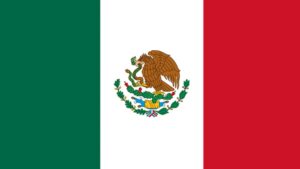 Despite the fact that the overall design of the Mexican flag has been in use since 1821, the flag was only formally approved in 1968. It is a tricolor flag with three vertical bars of green, white, and red, which was officially adopted in 1968. Although the flag was only formally authorized in 1968, the main design has been in use since 1821 when it was first adopted. It is the official Mexican coat of arms, shown as an eagle sitting on a spike at the edge of an artificial lake, its claws grasping a snake in its talons, that is in the middle of the flag.

The Omanis flag is composed of a red vertical bar on the hoisting side and three horizontal bars on the right side, which seem to be white, red, and green, in the colors of the national flag, which are in the shape of the country’s seal (respectively, from top to bottom). The national symbol of Oman is shown in the upper left corner, consisting of a dagger crossed by two swords.

The national insignia represent the Albusaidi Dynasty. But the other colors each have their own significance: white symbolizes Oman’s imam, while open and transparent the Jabal al-Akdar, or the Green Mountains, which may be seen in the backdrop. Yellow represents the Omani flag. In the Gulf States, the color red is a popular theme.

The Tajik flag, which was authorized in 1992 as a replacement for the flag of the Tajik Soviet Socialist Republic, is similar in design and color to the Iranian flag, which was adopted in 1979 as the national flag of Iran. The Tajik flag is composed of three vertical bars of color, which are red, white, and green (from top to bottom, respectively), with a crown in the middle of the flag. Seven stars are placed on top of the crown.

The colors represent various notions. For example, red represents the dawn, but it also represents unity and triumph, as well as the country’s Soviet history and the courage of heroes. Snow and ice from Tajikistan’s mountains, but also purity and innocence, are represented by the color white. Tajikistan’s rich valleys and the generosity of nature are represented by the color green. As a result of the term Tajik being derived from the Persian word tâj, which means a crown, the crown symbolizes the Tajik people, while the seven stars symbolize happiness and perfection, respectively. 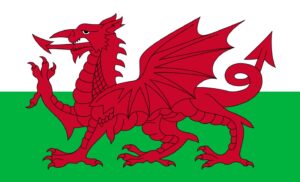 The House of Tudor, a Welsh dynasty that reigned on the English throne from 1485 until 1603, is represented by the white and green stripes on the flag. On the other hand, the red dragon has been present since at least the time of the Roman rule of Britain, when Roman cavalry units flew Draco standards. 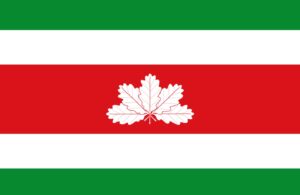 Located in the heart of Colombia, Boyacá is nearly completely surrounded by mountains of the Eastern Cordillera, which reaches Venezuela’s border. However, the western end of the department, which includes Puerto Boyacá, stretches to the Magdalena River and the port of Cartagena. A border with the Department of Santander runs through Boyacá’s northern border, a border with the Bolivarian Republic of Venezuela runs through the northeastern border, and a border with the departments of Arauca and Casanare runs through the eastern border. The Department of Santander also borders Boyacá to the north. 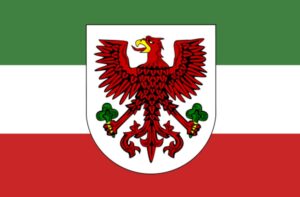 Gorzów Wielkopolski is a city in the province of Gorzów Wielkopolski in western Poland, situated on the Warta River. The Lubusz Voivodeship, is the second-largest city by population, with a total of 122,589 inhabitants. It is also one of the two voivodeship capitals, the other being Zielona Góra, and it is also the county seat. It serves as the administrative center of the Lubusz Voivodeship. Between 1975 and 1998, the city functioned as the administrative center of the Gorzów Voivodeship.

The city is part of the Gorzów Agglomeration, which includes 24 gminas and 5 powiats in the Lubusz Voivodeship and 4 gminas and 1 powiat in the West Pomerania Voivodeship. The agglomeration has a population of over 400,000 people when combined with the surrounding areas.

When the Russian Federation granted Ingushetia independence in 1994, it chose a new flag. It depicts a red triskelion symbol on a white backdrop, with thin green horizontal stripes above and below the triskelion sign. Among the Ingush people’s religion and philosophy, the Solar symbol (located in the middle of their flag) signifies not only the sun and the cosmos but also the consciousness of the oneness of the spirit over time and space.

List of countries with red, white, and green striped flag 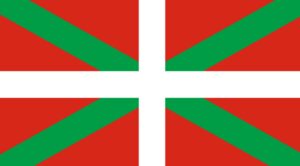 Areguá is the capital of Paraguay’s Central Department, and it is situated 28 kilometers (17 miles) from the country’s capital, Asunción, in the country’s central region. The city is located between Ypacara Lake to the east and the hills to the west, making it a natural border. Areguá is well-known for its colonial architecture and cobblestone alleys that date back centuries. Areguá is renowned as the “City of Strawberries” because of the abundance of strawberry plantations in the area. 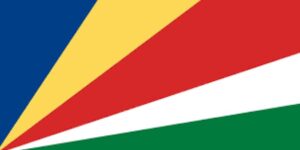 The flag of Seychelles was officially approved on January 8, 1996, by the country’s government. The present flag of the nation has been in use since the country gained independence from the United Kingdom on June 29, 1976. Both the Seychelles People’s United Party (SPU Party) and the Seychelles Democratic Party (SDP) have adopted the colors of the present national flag, which is based on their respective party colors.

Each of the five distinct colored bands (blue, yellow, red, white, and green) start at one end and gradually diverges towards the other end, creating a one-of-a-kind flag. The oblique bars on the flag represent a young, vibrant nation on the cusp of greatness.

In this case, yellow represents the sun, which brings light and life to the world, red represents the people and their commitment to strive for a better future in unity and love, and the white band signifies social justice and peace. The color green represents the land and the surrounding natural surroundings.
Wrapping Up

We hope that this information on countries have the colors red, white, and green on their flags will be useful for you.